Written by Kush Dingra
Updated over a week ago

This screener is the first iteration, and will allow you to scan 50+ coins for specific triggers across 11 indicators. You’ll be able to check for bullish and bearish movements across indicators such as DI, DMI, MACD, etc., and filter out coins which aren’t at pivotal moments. 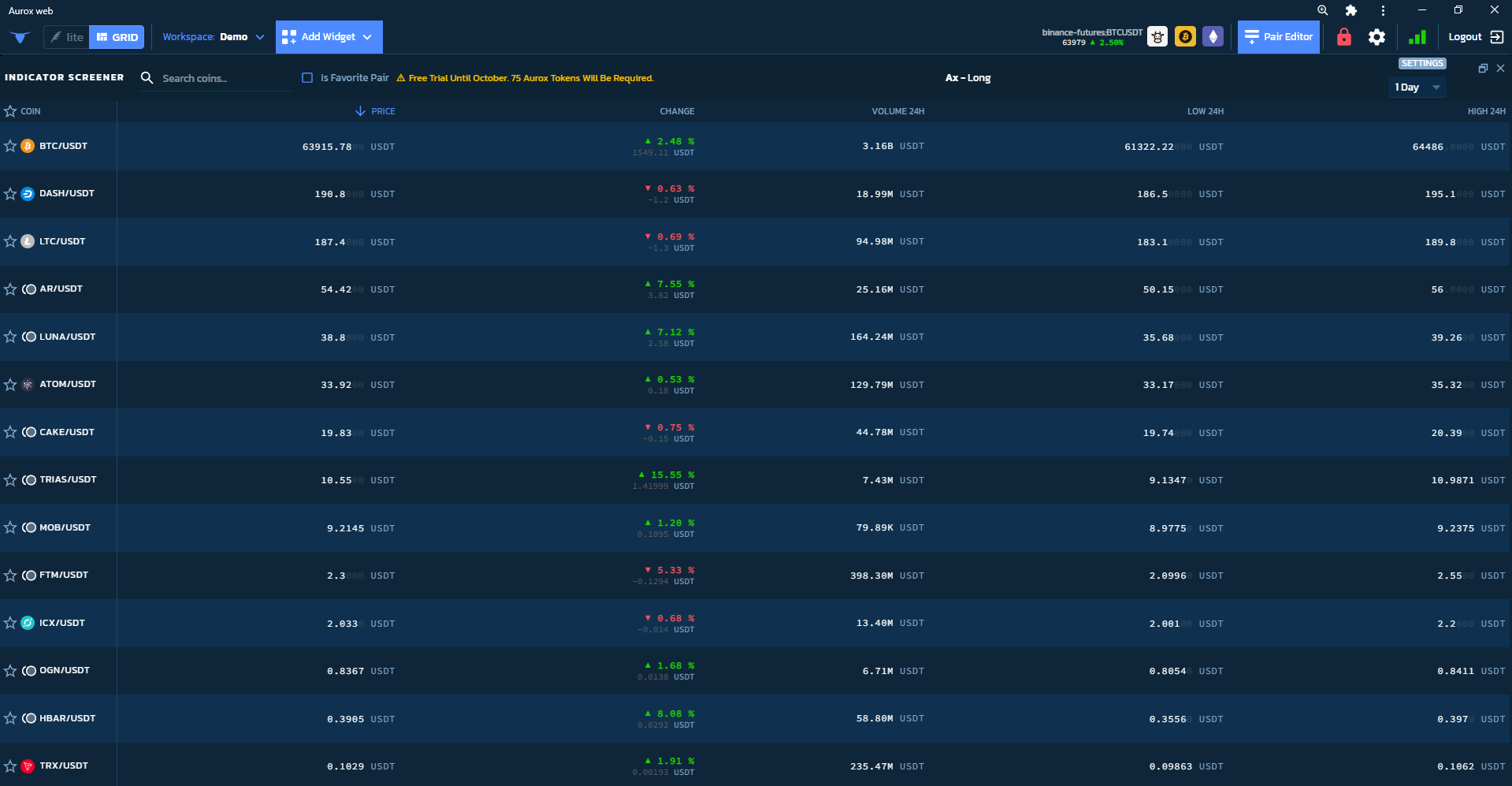 The indicator screener is to scan multiple coins at once for specific triggers like MACD, RSI, etc..

Let’s say you’re using RSI overbought/oversold levels to engage in trades, but you don’t want to monitor 20 different coins at the same time. You can set the RSI filter and it will display any coins that match the filters for that interval range

and not in the past

If there isn’t a trigger that happened in that interval, than it won’t display any tokens in the list

Did this answer your question?